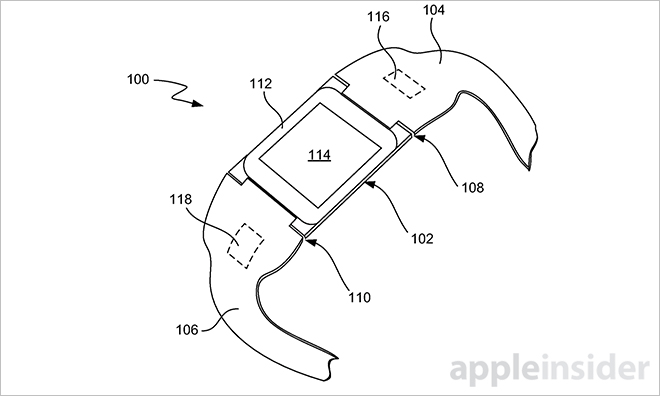 Apple may be close to releasing its first smartwatch, but the company has been working on the idea for quite a long time. A recent patent granted to Apple shows a wrist-worn device that supports arm and wrist gestures. As published by the U.S. Patent and Trademark Office, Apple’s U.S. Patent No. 8,787,006 describes a wearable device that connects with other portable devices and has straps with sensors to help the wearer do more.

Apple’s upcoming iWatch is going to look a tad bit different. But it is still going to have a lot of sensors. It could certainly interact with iPhones and iPads and help its wearers avoid losing their phone, unlock their computer, and more. This patent simply shows that Apple has been working on this idea for years.  Whether the iWatch will deliver as expected is another story.

We finally know how much Sony's PlayStation VR will cost. Sony has announced that it will set you back $399....

Meet the IntelliSense Coherence System: a virtual reality based breathing trainer that helps you gain control your HRV to improve...

So you want to capture smooth video with your GoPro or smartphone? The WenPod Adventure GoPro Stabilizer has you covered....